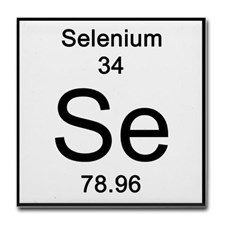 There is a long list of advantages supplementing with Selenium brings to the table. Too many to list for a quick read in fact... We’re going to keep this short and sweet so you’ll know right off the bat if Selenium is something that you may want to start incorporating into your daily nutritional regimen.

Selenium is a trace mineral found in some foods, soil and water. As populations have grown exponentially over the last few decades, agriculture has been forced to keep up. Science has discovered new ways to grow crops faster and at the same time, provide more food for populations but at the expense of soil degradation. Our plants and other earth grown crops simply do not have the full spectrum of vitamins and minerals they once had.

In highly density populations, Selenium deficiencies are on the rise, leading to a mass amount of complications that affect our bodies at the core.

Selenium, Boron and Magnesium are among the top 3 minerals we're deficient in as a country. Supplementing with these may not seem like a big deal or seem like it will make a big difference, but the outcome once the body adapts to having adequate levels to help it function properly are nothing short of exceptional!

The following 3 benefits make this a stand out mineral!

The benefits extend far beyond the scope of these 3 key takeaways in the article. Use the vast wealth of knowledge out there to compile your own bulleted list of reasons why you should look into supplementing with Selenium!